Chuck Searcy is a US Army veteran of the Vietnam War who has expansive knowledge of the history of the wars in Vietnam and has lived there permanently for more than 20 years. After first returning to Vietnam in 1992 as a tourist, then working for an American veterans’ organizations since 1995, Searcy is now an International Advisor to Project RENEW in Quang Tri Province. RENEW has cleaned up and destroyed more than 50,000 bombs along the DMZ, provided artificial limbs to more than 1,000 amputees, and created income-generation for hundreds of families suffering from the consequences of the war, UXO, Agent Orange, poverty and related issues. Searcy is currently vice president of the Vietnam chapter of Veterans for Peace, and a lifetime member of Vietnam Veterans of America. He is co-chair of the NGO Agent Orange Working Group. In 2003 he was awarded Vietnam’s highest honour for a foreigner, the Friendship Medal. Chuck Searcy is the ideal historian and guide to take you on a journey through the former battlefields and to explain the transformation Vietnam has undergone since the Vietnam war to become the vibrant country it is today. 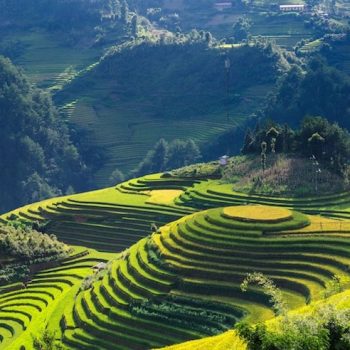 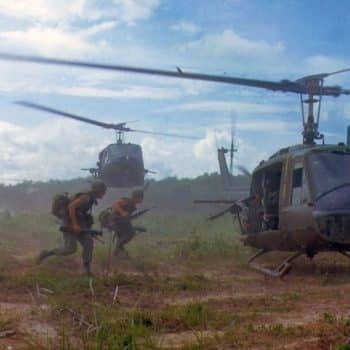 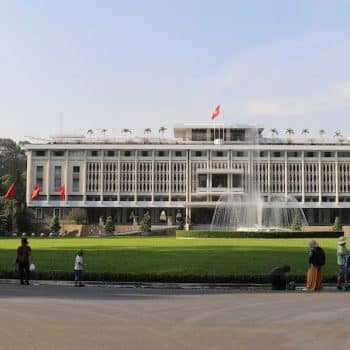 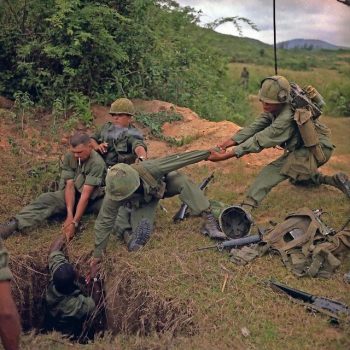 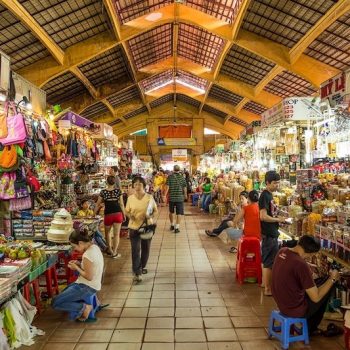 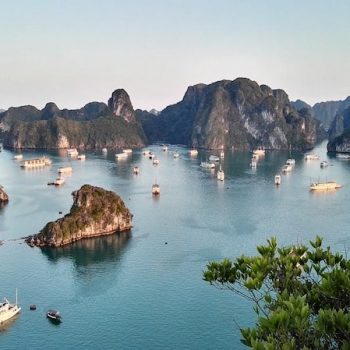 On arrival in Hanoi, you will be met by a Mat McLachlan Battlefield Tours local representative and transferred to your hotel. Here you will meet your historian, Chuck Searcy, and your Vietnamese guide for a tour briefing. Tonight we will enjoy a welcome dinner. (D)

Hanoi has over 1000 years of history making the capital city a charming place to begin our tour. Today we explore the traces from the war, beginning with the ‘Hanoi Hilton’, where American POWs were imprisoned throughout the war. We then head to Truc Bach and Huu Tiep Lakes in Ngoc Ha village, to see the remains of crashed B52 bombers. We drive to Thang Long Royal Citadel, and visit the underground war bunker in the same compound that played an important role in the American war. The trip concludes with a visit to the Army Museum. This repository of Vietnam’s military history includes war propaganda, photographs and documents from the Chinese, French and American Wars. Tonight we enjoy a dinner hosted by a local Vietnamese veteran who will share with you his experiences. (B, L, D)

Today we transfer from our hotel to the airport for our flight to Hue. Upon arrival, we will transfer to our hotel.
The imperial capital of the Nguyen Lords from the 17th to the 19th centuries, Hue’s splendid emperors’ tombs, ancient pagodas and the remains of the Citadel contribute to its undeniable royal charm. We follow the traces of the
1968 Tet Offensive, a battle for control of the city. We then pass by the Citadel and visit sites specific to the northern battle. At Dong Ba Gates we will meet Mr. Nguyen Dac Xuan, a culture researcher and survivor from the bloody battle in Hue. We visit Mr. Xuan’s house to participate in a discussion to gain a deeper understanding and learn from his first-hand experiences. (B, L, D)

Today we follow the traces of the Tet Offensive, with visits to the old Shell Gas Station, the former MACV Compound, Hue University and the Church of the Redemptorist to better understand the battle. Hue is the center of Buddhism in Vietnam and we will visit the Thien Mu Pagoda, a seven-storied tower pagoda overlooking the Perfume River. We will then finish at the grand tomb of the former Emperor Thu Duc, a sprawling complex with ancient architecture and verdant gardens. (B, L, D)

This morning we depart for the Demilitarized Zone (DMZ), a 3-mile strip of land on either side of the Ben Hai River. Established after the first Indochina War, the zone functioned as the dividing line between North and South Vietnam during the Vietnam War. We will stop at places of military significance just south of the DMZ including the former American military base at Khe Sanh, the Rockpile, Camp Carroll, Dakrong suspension bridge, Lang Vay Special Forces Camp and more. We will explore the Vinh Moc Tunnels, where a village was constructed underground by local people to avoid bombing. In the afternoon we will stop at the Quang Tri Provincial Mine Action Centre for a briefing about Project RENEW. You will learn about the clean-up operations conducted by the explosive ordnance disposal teams, which have already destroyed more than 50,000 bombs throughout Quang Tri Province in the last three years and reduced accidents to nearly zero, keeping today’s children and adults safe. We will visit the Old Citadel of Quang Tri, the site of a bloody battle during the Easter Offensive in 1972 before checking in to our hotel in Quang Tri this evening. (B, L, D)

This morning we depart early for a scenic drive to Hoi An. En-route we will stop at a number of different battle sites to see the Hai River, the Hien Luong Bridge and the 17th Parallel. We will check in to our hotel on arrival and then enjoy a walking tour of the Ancient Town. Between the 15th and 19th centuries, Hoi An (known then as ‘Faifo’), was a prosperous trading port, attracting Chinese, Japanese, Dutch, Portuguese and Spanish ships. Today this World Heritage site is recognised for its well-preserved architecture, pedestrian-only streets and distinctive local cuisine. Hoi An’s narrow lanes are ideal for a guided walking tour of its many sights, including the old merchant houses with influences from Chinese, Japanese and Vietnamese architecture; the 400-year-old Japanese Covered Bridge, first built in the 1590s by the Japanese community to link them with the Chinese quarters across the stream; the Assembly Hall of the Chaozhou Chinese Congregation with its intricate woodcarvings; and the colourful market with stalls brimming with local specialties including silk. (B, L, D)

This morning we will be transferred to Danang airport for our flight to Ho Chi Minh City or Saigon as it is known locally. Upon arrival, we will transfer to the Pho Binh restaurant, where VC commanders gathered during the war to plan the 1968 Tet Offensive. After lunch, we head to a secret weapons chamber used by the VC and then visit a shrine to US Embassy guards killed in the 1968 Tet Offensive, outside today’s US Consulate. We continue to the former CIA building (outside visit only), where helicopters evacuated the last remaining US citizens in April 1975. We will also visit the Reunification Palace for a guided tour of the former headquarters of the South Vietnamese Government and presidential residence. We then head to the rooftop café of the iconic Rex Hotel, for a drink and a spectacular view of downtown Saigon. (B, L, D)

This morning, we board a private speed boat for a cruise to the Cu Chi Tunnels. This ingenious complex is an immense network of interconnected tunnels used by the VC for protection during combat. The tunnels also served as living quarters, communication centers and supply routes. We will visit the underground villages with a VC veteran who once lived there. With the help of our translator-guide, we will listen as the veteran recalls how he survived the living conditions of the subterranean hamlets where lack of air, food and water made conditions almost unbearable. After lunch, head to Tay Ninh province where we will visit battlefields including Phuoc Vinh and An Loc before returning by road to Saigon. (B, L, D)

While the Mekong Delta is most famous for its agriculture, this tour shows a different perspective of the region. In Ap Bac hamlet, we visit the site of a battle that took place here on a forgotten field. We will meet with a VC veteran who once took part in combat. We will be invited to his home to hear about his experiences during the war and how he has adjusted to life after. Enjoyed over a homemade lunch, our guide will be there to help translate and communicate with him. We will then drive back to Ho Chi Minh City after lunch. This afternoon we will follow a lane dotted with colonial-era mansions until we reach a gate, behind which lies a truly enchanting villa. Home to Henry Cabot, the US Ambassador to South Vietnam in the 1960s, the villa is now a private residence and has been fully restored to its former glory – a beautiful mix of Vietnamese, French and American architecture. We will take part in a 1.5-hour workshop with local Vietnamese veterans with Chuck Searcy and our guide moderating. The topic will be The Vietnam War through Veterans’ Eyes. After the workshop, a fusion of traditional Vietnamese and western cuisine will be served in the magnificent dining room and it will be a chance to relax and reflect on your journey. (B, L, D)

Sadly our journey ends today. You will be transferred to the airport for your onward flight. (B) 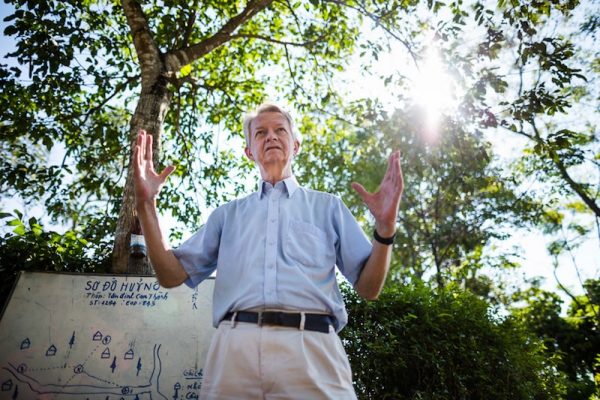 Chuck Searcy is a US Army veteran of the Vietnam War 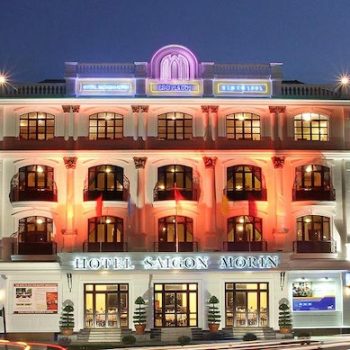 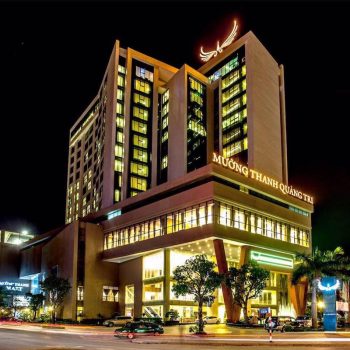 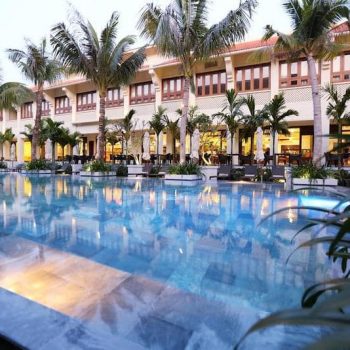 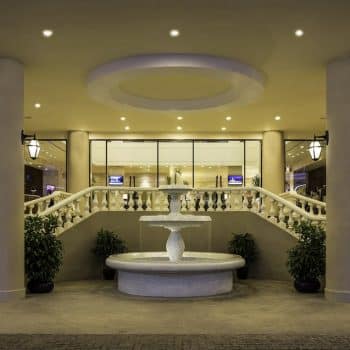 Due to demand, other hotels of a similar standard may be used.

10-Days from $2,999 per person, twin share
Enquire online or call our friendly travel advisers on 844-400-BatteTours (Within the US) 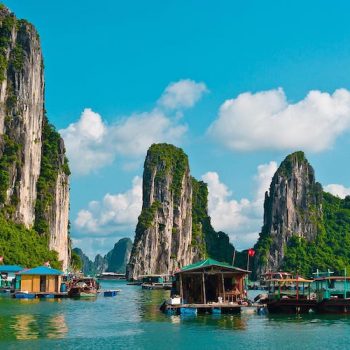 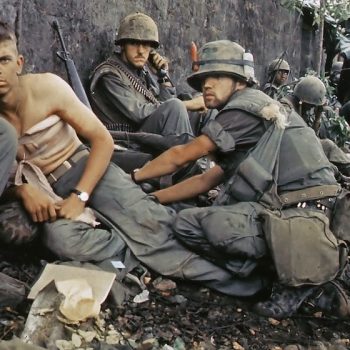 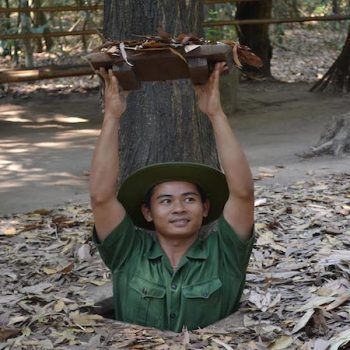 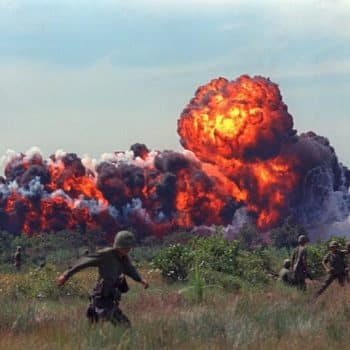 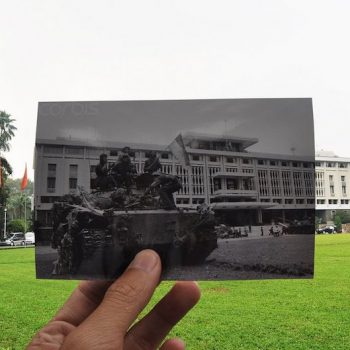 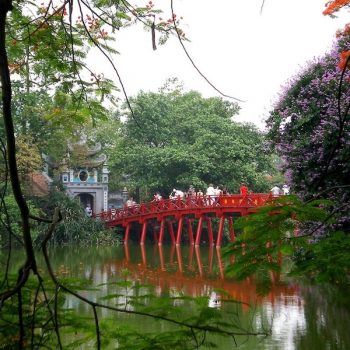