Following the landings at Salerno in September 1943 during Operation Avalanche, Winston Churchill saw Italy as the ‘soft under-belly’ of the Third Reich. However, it became a costly WW2 battlefield with thousands of casualties involving iconic battles like the landings at Anzio, and the fighting for Monte Cassino. We see the role of troops from many nations, including a visit to the Polish Cemetery at Cassino and the huge sacrifice made by the Indian Army. Amazing terrain and fascinating battlefield sites. 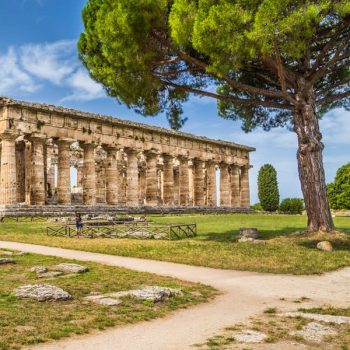 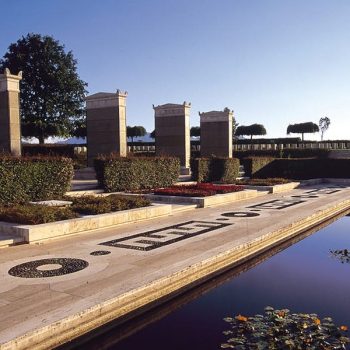 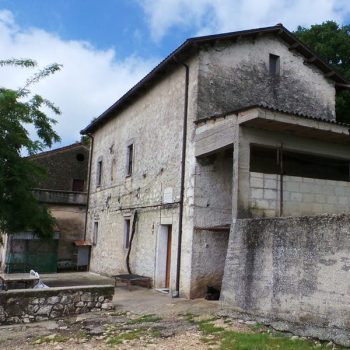 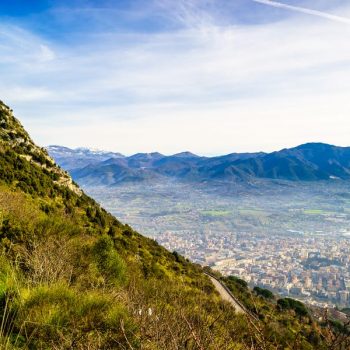 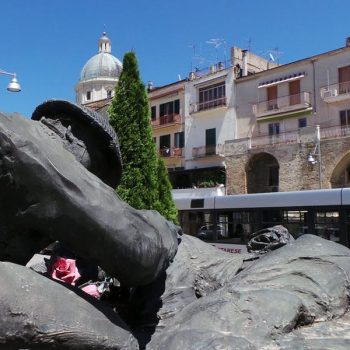 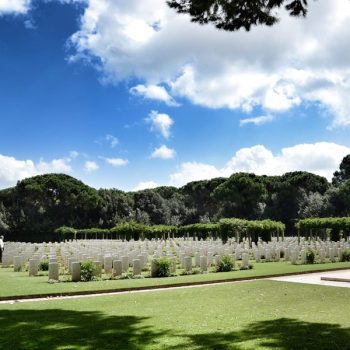 Join your tour group at the Cassino hotel this evening.

We start our tour at Salerno, where British forces landed in 1943, seeing the beach head and the Roman Ruins where the Americans fought. We visit Salerno War Cemetery, seeing the grave of the great-grandson of the Duke of Wellington, and then on to the beachhead area, where the British and American troops landed, before taking lunch close to the Greek-Roman ruins at Paestum. In the afternoon, we travel to Caserta, visiting the War Cemetery, looking at the story of Yorkshire and England cricketer, Hedley Verity, and see where General Alexander had his headquarters during the Italian Campaign.

We travel up to the monastary on Monte Cassino, seeing the incredible view, and visit the Polish war Cemetery. After lunchtime in Cassino, we visit Cassino War Cemetery and the Cassino Memorial. We end the day at the German War Cemetery.

We continue with our look at Monte Cassino with a specially arranged visit to Hill 593 and Snakeshead Ridge, where much of the actual fighting took place. (Please Note: this will involve some walking.) We also walk down to Albaneta Farm and the wreck of a Sherman Tank, now a memorial to Polish troops. After lunch, we look at the fighting in the Liri Valley, seeing the ground at Acquino Aerodrome and looking at the Hitler Line defences between Acquino and Pontecorvo, before ending the day at the Gari/Rapido River, the scene of a disastrous American assault in 1944.

Today, we look at the Battle of Anzio, seeing the US War Cemetery at Nettuno. After lunch in the seaside town of Anzio, we see the Anzio War Museum and Cemetery and the Beachhead Cemetery, before going to the infamous Flyover at Campo di Casni, scene of fighting in 1944.

We head south from Cassino and visit Minturno War Cemetery where many of the men who died in the fighting for the high ground at Monte Camino and in the river crossing at the Garigliano are buried. After lunch have some free-time in Cassino town.

We depart Cassino and head north today, travelling to the Adriatic coast at Ortona, where we have a short walking tour of the town seeing where street-to-street and house-to-house fighting took place. Ortona was a place of great Canadian sacrifice in December 1943. We also visit the war museum and spend lunchtime in the town. In the afternoon, we visit the Canadian dead at the Moro River War Cemetery and end the day in the Sangro Valley and Sangro War Cemetery. From here we travel along the Adriatic coast to our hotel in Ravenna, discussing the Gothic Line battles along the way.

We depart Ravenna and cross the area of the final battles in Italy in 1945, pausing for lunch before we continue to our overnight hotel in the Austrian Tyrol.

Travel through Germany to Belgium for an overnight stay (passengers departing the tour in Europe will farewell the group at the hotel).

We leave the hotel after breakfast and travel to the Channel port. You will leave your tour coach behind as you join your transfer vehicle for your return journey to the UK.

When it comes to getting you to your destination, Mat McLachlan Battlefield Tours make it easy, with a selection of travel options for you to choose from.

This tour travels on our Silver Service coach. 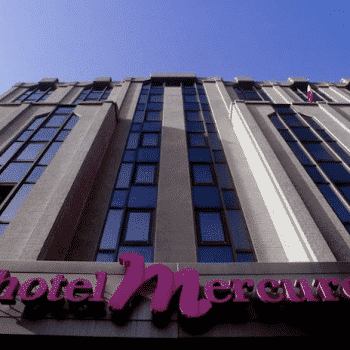 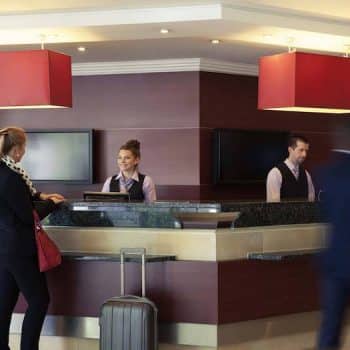 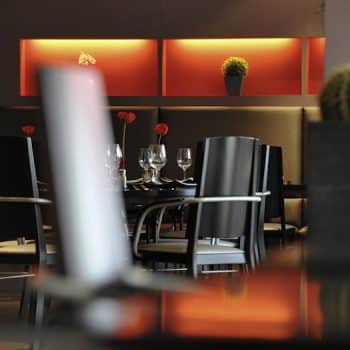 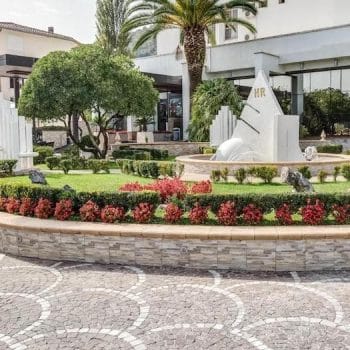 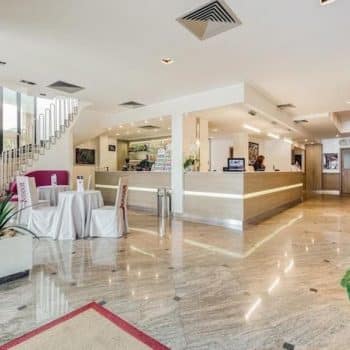 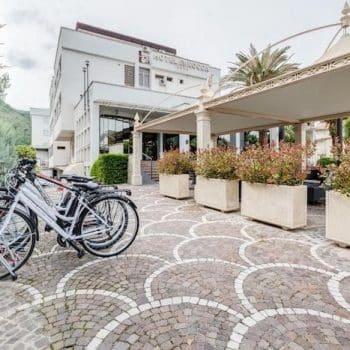 You will stay for six nights at the 4-star Hotel Rocca in Cassino. The hotel offers a restaurant, bar, lift and lounge.

Overnight stays in northern Italy and Belgium will be in city-style hotels.

Overnight stay in Austria will be in a minimum 3-star hotel.

The Rocca Hotel is a 4-star hotel in Cassino, situated close to the world-famous Montecassino Abbey. The hotel was built by Francesco Rocca, who dreamed as a boy of owning the best hotel in the area when he grew up. With his tenacity, he made his dream come true and built a 68-room hotel with a huge adjoining restaurant. Today the hotel provides an ideal base for exploring the history and World War 2 battlefields around the Italian Campaign. The hotel has a bar, restaurant, lounge and lift. All bedrooms have air-conditioning, T.V., and free Wi-Fi. 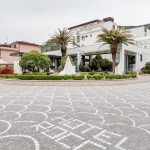 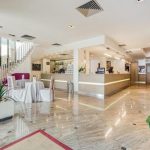 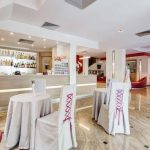 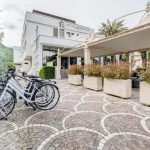 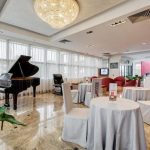 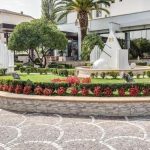 The 3-Star Mercure Brussels Airport is renowned for its hospitality. Located between the airport and the city centre, next to NATO headquarters, the hotel is easily accessible by car and public transport. The hotel is close to the Josaphat park so you can enjoy a walk in your free time. You can relax with a glass of wine from the ‘Flavours from the Cellar’ wine collection or discover very modern and varied dishes in the restaurant (closed during the weekend), room service available. The garden and spacious terrace are the real trumps of the hotel and especially in the summer. The hotels facilities include also a fitness area, dry cleaning/ironing available, free Wi-Fi throughout the hotel. All bedrooms feature a T.V, Tea and Coffee making facilities, hairdryer and en-suite bathroom. 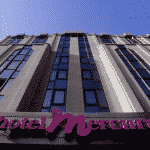 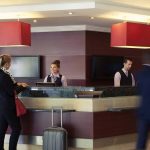 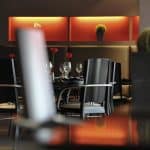 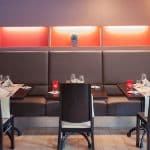 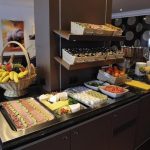 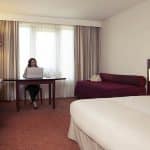 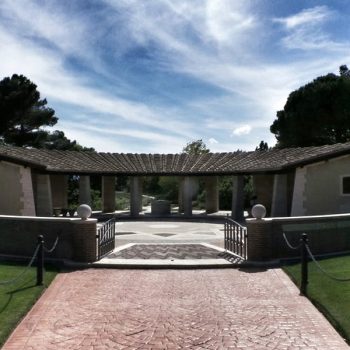 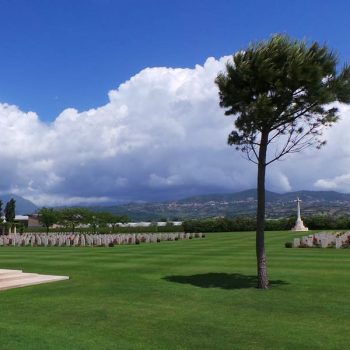 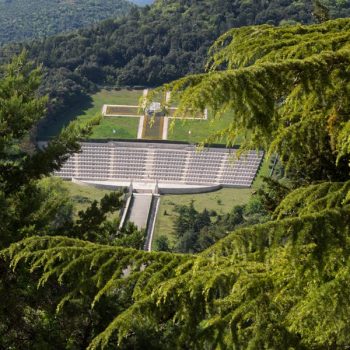 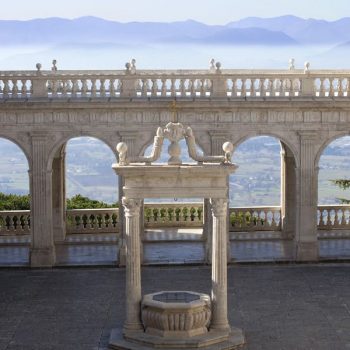 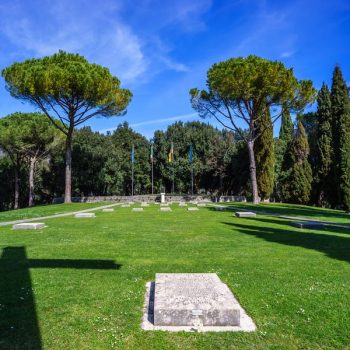 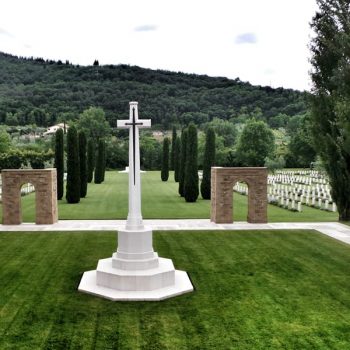